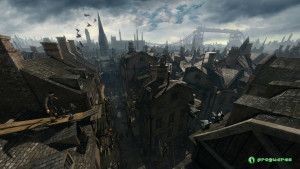 With numerous suspects in each investigation, every choice you make could drive the story in unexpected – and possibly deadly – directions.

The title is set for release in spring 2016 for PlayStation®4, Xbox One and Windows PC and will be shown exclusively at Paris Games Week from October, 28th to November, 1st 2015 – Hall 1, Stand G032.